The biggest news in romance writing the past month or so has been the publication of Grey, author E.L. James’ follow-up to her wildly successful Fifty Shades trilogy, written from the point of view of her problematic hero, Christian Grey. When I heard this book was coming out, my first thought was, “Jeebus Krispies, you mean those first three books were all written from the POV of that dippy Ana girl?” My second thought was a suspicion that a lot of the reviews have borne out – that seen from inside his own head without Ana’s romantic projections to diffuse the light, our boy Christian is at worst a dangerous sociopath and at best just kind of an ass. Sales queen Stephanie Meyer ran into a similar problem when she thought to rewrite her Twilight series from the POV of her vampire hero, Edward – that project was so unsuccessful that it never made it to publication. A copy leaked on the internet, and the response was so hateful, she pulled the plug.

Generally speaking, romances are written to engage the tastes and instincts of the female psyche in a relationship – they know what girls like, and they give it. A lot of smart people will tell you this is why these books from the man’s side of the bed just don’t work–they can’t work because men don’t think like women want them to think about love connections; therefore, any attempt to portray the inner life of a dude in love is going to either be unrealistic or unromantic. To which I say, bullshit. It’s perfectly possible and highly desirable to show the male point of view in a female-male romance. You just have to let your guy be a guy–and a guy worth wanting. I totally understand writers who don’t want to risk it–they don’t want to write a woman with a penis or expose the hero they love to the scrutiny of readers who might not understand him the way they do. And it’s perfectly possible to write a great book entirely from one point of view; some books need that. But at some point, the romance reader needs to know how the hero feels, which means the writer has to either show him feeling it or have him say it or both. And if he’s been the strong silent type through the whole book then suddenly pops out with a love sonnet that would make Lord Byron blush, it’s going to play fake; as a reader, I’m not going to believe him. (This is where that whole ridiculous romance cliche of, “Okay, yeah, he slayed the dragon, saved my ranch, and made me orgasm four times in three minutes, but he’s never said he looooooves me!!!!!’ came from, heaven save us.) It’s much better, I think, if she’s not keeping us in the thoughts of her heroine for some other good reason, for a writer to give us at least a peek inside the poor boy’s head or heart as we go along–we need to see him falling in love at the same pace as the heroine, just not necessarily the same way. Basically, let the poor guy be a person. You know guys, right? Write one you could love not as you think every woman would want him to be but as you know he is and trust your reader to fall in love with him. Odds are good she will. 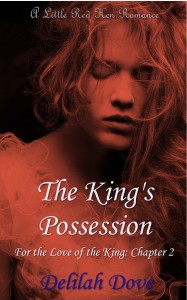 Three of the books we’ve got coming out this month from Little Red Hen Romance give a nicely broad spectrum on this topic. In The King’s Possession (Chapter 2 of her For the Love of the King series), Delilah Dove stays entirely in the point of view of her heroine, Catriona, a former mistress of Louis XIV who is attempting to teach his twin brother, Phillipe, to impersonate the king and hopefully replace him. And of course, in the process of doing so, she falls ever more deeply in love. Cat and Phillipe are an interesting reversal of the usual historical couple–he’s the wise, loving innocent and she’s the damaged rake. By keeping the story in her point of view and letting her discover that Phillipe really is as wonderful as he seems gives the reader a journey that a mixed point of view couldn’t.

New hen Malinda Mockingbird starts a new steampunk series, The Clockwork MacGuffin, July 17 with Miss Annabel Lee and the Clockwork Wolf. Annabel is a scientist turned schoolmarm who finds a gravely injured airship captain, Nick, and brings him back to almost too much health–he’s half werewolf and not entirely in his right mind when she wakes him. While most of the action in this first installment takes place from Annabel’s point of view, Nick’s perspective is presented, and seeing him come back from animal to intelligent charmer is what makes us–and Annabel–fall so hard for him.

But my favorite new story this month also presents the most interesting point of view challenge. The lovers in Gemini, a sci fi romance by Sonja Sparrow, have been bio-engineered as a symbiotic couple, created to fight as dual assassins and to be entirely interdependent emotionally as well as physically–they don’t so much love one another as need one another to survive. When the story begins, Kaia is rescuing her beloved Xander from a frozen prison, so we see the action from her perspective. But once he’s awake, their thoughts become one–they can literally see through one another’s eyes. For us mere earthbound lovers, that sounds a lot scarier than any killer robot, but these two make it work beautifully–it’s a gorgeous romance right in the center of some genuine hard sci fi world building.

The King’s Possession and Gemini are both available right now from Amazon–and they’ll be free all through the holiday weekend, so snag your copy now. Miss Annabel Lee and the Clockwork Wolf will be out July 17 and free the weekend of July 17-19.

Read a juicy excerpt for free!

Snuggle in with a trashy novel! 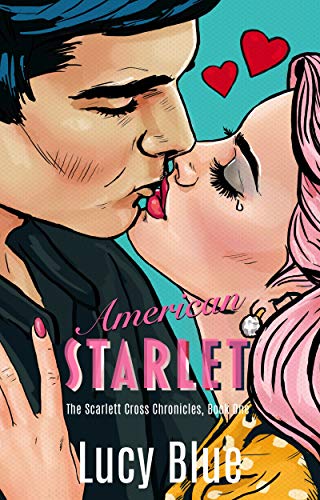 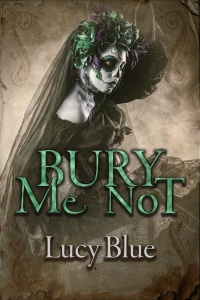 Which Witch Will You Choose?