So because we’re total pop culture junkies and apparently sheep, the hubs and I have already subscribed to Disney +, and we’re watching The Mandalorian. And yes, we love it, and yes “Baby Yoda” is the cutest darned thing ever, and yes I think it’s a great addition to the Star Wars canon, and I can’t wait to see how it comes out. But as a romance novelist, I have another reason for liking it that has absolutely nothing to do with any reasonable consideration of story or production.

The Mandalorian is really hot.

Which is crazy, right? I mean, we’ve never seen his face. If his vows to his compatriots are to be believed, we aren’t ever GOING to see his face. Setting aside that this story has no room for any kind of romantic subplot and that sexuality is almost certainly a non-issue in the first place, why should a guy in full armor with his face completely covered make me want to start pricing helmets as a Christmas present for my husband? Consideration of this burning question made me start thinking about all the masked and helmeted heroes that have given me the vapors over the years. Some of them, like the Mandalorian, stay masked all the time. Others use the big reveal as a signpost to character or purpose; with faces bared, they become someone else. But in every instance, the mystery of the mask adds hugely to their love monkey appeal, whether they mean it to or not.

1 – The Other Star Wars Guy: Unlike my little sister, Alexandra Christian, I’m not really a Kylo Ren fangirl. He’s a little too damaged, a little too controlling, a little too brat-prince batshit crazy to work as an object of my vicarious desire. But I must admit, that big moment in The Force Awakens when Baby Vader takes off his mask and reveals the soulful eyes and misshapen beauty of Adam Driver hit me right where it was meant to. That’s the moment for Rey and for the audience when we start hoping he can be better. And how well his story works for us going forward depends very much on how effective that reveal continues to be every time he does it–you’ll notice that by the end of The Last Jedi, he’s barely ever wearing his mask at all. If we’d never seen him in the mask, if we didn’t have that contrast, he would be stripped of a whole lot of his seductive power. I’ll be very curious to see how the mask as fetish is played out in The Rise of Skywalker.

2 – The Stig: I had never heard of the TV show Top Gear until I married my husband. I don’t even drive. And yes, the lead host of the show’s heyday, Jeremy Clarkson, was an absolute horror show of white male privilege; his own co-hosts referred to him as “the orangutan.” But in every episode, their “tame racing driver,” The Stig (a joke about how all the best racing drivers seem to be Scandinavians named Stig) would test drive some incredibly exotic and impractical dream car around the track and set a best possible lap time. He never appeared without his helmet; the mystery of his identity was a running gag throughout the run of the show; they sold promotional teeshirts that read “I Am the Stig.” When the real live guy in the helmet, Ben Collins, finally outed himself in a book, he was fired from the show and pilloried forevermore by the rest of the presenters. Collins is a pretty nice-looking guy. But The Stig was Hot As F*ck. He never showed his face; he never even spoke. But he drove, better and faster and harder than any other human on the planet, all with perfect calm, perfect cool, perfect efficiency. And I think that was what did it for me, just watching this man perform at the absolute top of the game he had chosen without ever breaking a sweat. If I had seen his facial expressions changing, heard him talking about engines or describing the thrill, I don’t think I would have been nearly as affected. The mystery of the man inside this magnificent machine was what flipped my switch completely, and I doubt very much I was alone.

3 – The Dashing Rogues: These are the kind of guys Errol Flynn used to play, guys like The Scarlet Pimpernel and Antonio Banderas as Zorro and, more particularly, Cary Elwes as The Dread Pirate Westley in The Princess Bride. (I know, I know, the Dread Pirate Roberts was his secret identity; Westley was his real name.) Elwes was playing the Platonic ideal of this archetype for laughs, but it worked as more than just a joke because he looked and sounded amaaaaaaazing doing it. And he works the transformation; he fully embraces the power of the mask. When he leaves as the Farm Boy, he’s serious, determined, and blandly besotted–the male version of his beloved Buttercup. But when he returns in that black mask with that ridiculous little mustache, he’s snarky Superman. It isn’t just that he can out-fence, out-fight, and out-wit all comers. It’s that he takes such obvious delight in his powers. Hiding his identity frees him to embrace his inner bad guy even as he saves the girl. And it’s very, very sexy.

4 – The Superheroes: Some superheroes take the idea of a dual identity way beyond Clark Kent’s glasses, guys like Batman and Ironman and my favorite lover of the bunch, Deadpool. Unlike Ironman and Batman, whose disguises are weapons in themselves, Deadpool is hiding a deformity. The mask is his beauty look; underneath he’s the monster. It’s a very Byronic, Phantom of the Opera-kind of character, except that he’s also a total smartass. He hides from his beloved because he fears her rejection, and when he takes off the mask, it’s funny (I dearly love the Hugh Jackman mask gag), but it’s hugely romantic, too, the ultimate display of vulnerability. Batman scores points every time he shows his true face to one of his many love interests; Ironman hides from no one, but the moment Pepper discovers the suit is a big step in their relationship. But for me, Deadpool takes the prize.

5 – My Favorite: Anybody who knows me at all knows I dearly adore me some Russell Crowe. I don’t care how old or fat he gets or what kind of role he might be playing, just watching him makes my heart go pitty-pat. And I can tell you exactly the moment that unbreakable bond was forged:

Holy moley mooley moo. When Gladiator came out, my gal pals and I spent much time and breath exclaiming over that helmet. My story, “The Dragon,” in Eat the Peach, functions quite nicely as Maximus fan fiction, and I’m not ashamed to admit it. But why does that moment make such a difference? What is the deal with the helmet?

When Max puts on the helmet, it’s to hide his face from the Emperor and kick ass. He proves himself a killing machine without equal and a leader of men. Max in the helmet is the ultimate war machine in the same way Deadpool is the ultimate assassin and Stig is the ultimate driver. But when he takes it off, he reveals his fearsome broken soul. He is “the father of a murdered son; the husband of a murdered wife.” The helmet doesn’t just function practically as armor; it functions as a buffer between his anguish and the world. When he takes it off and reveals that anguish … well, all I can say is, it works a treat for me.

And I think the Mandalorian is a version of the same thing. We don’t see his face, but we do see his behavior. We see him fight and win; we see him fight and lose and keep trying. And we see him with The Child–his body language, his decisions. We see the tenderness behind the warrior. And because of the helmet, we can project onto that any face we choose. So yeah, not a romantic story. But a very romantic hero all the same.

Writer of gothic and supernatural horror-romance novels. View all posts by Lucy

One thought on “Hot Guys in Helmets” 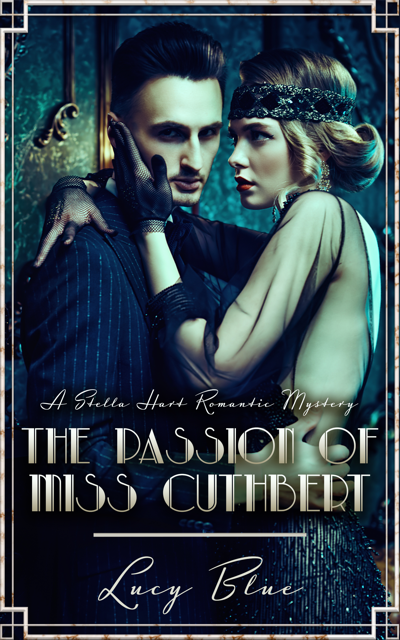